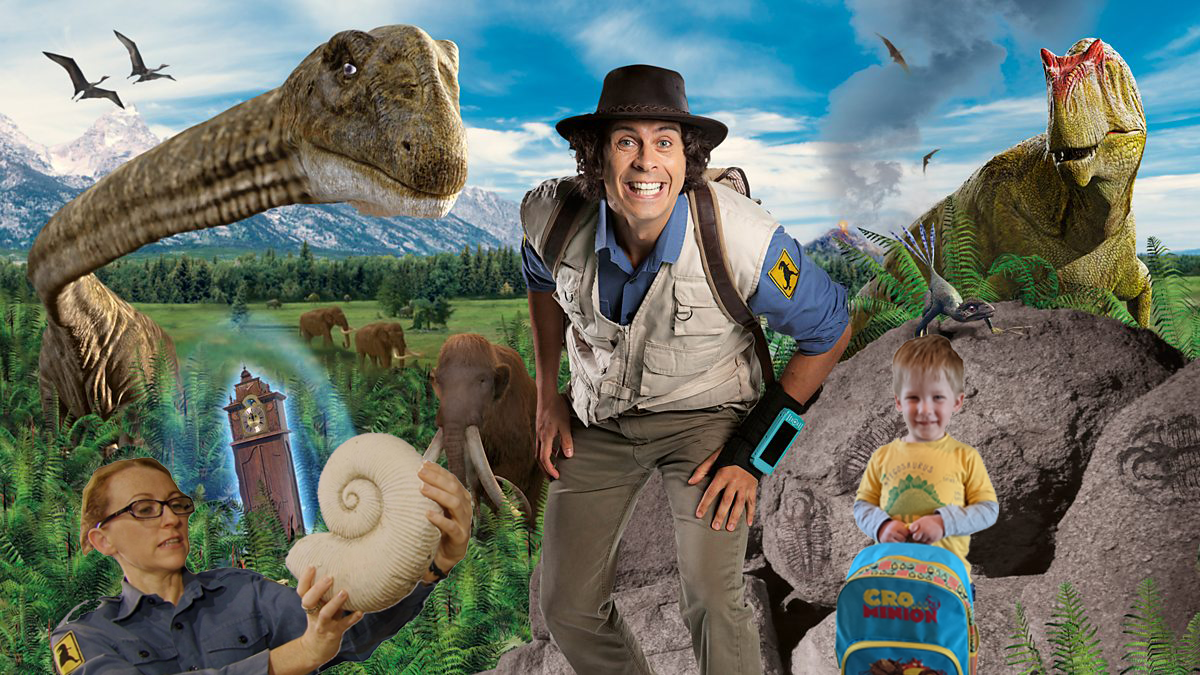 This is an image from "Andy's Dinosaur Adventures" on CBeebies. Joey and his little sister both love it. Joey and the Monster Machines

BLAZE AND THE MONSTER MACHINES!! As if you don't know! 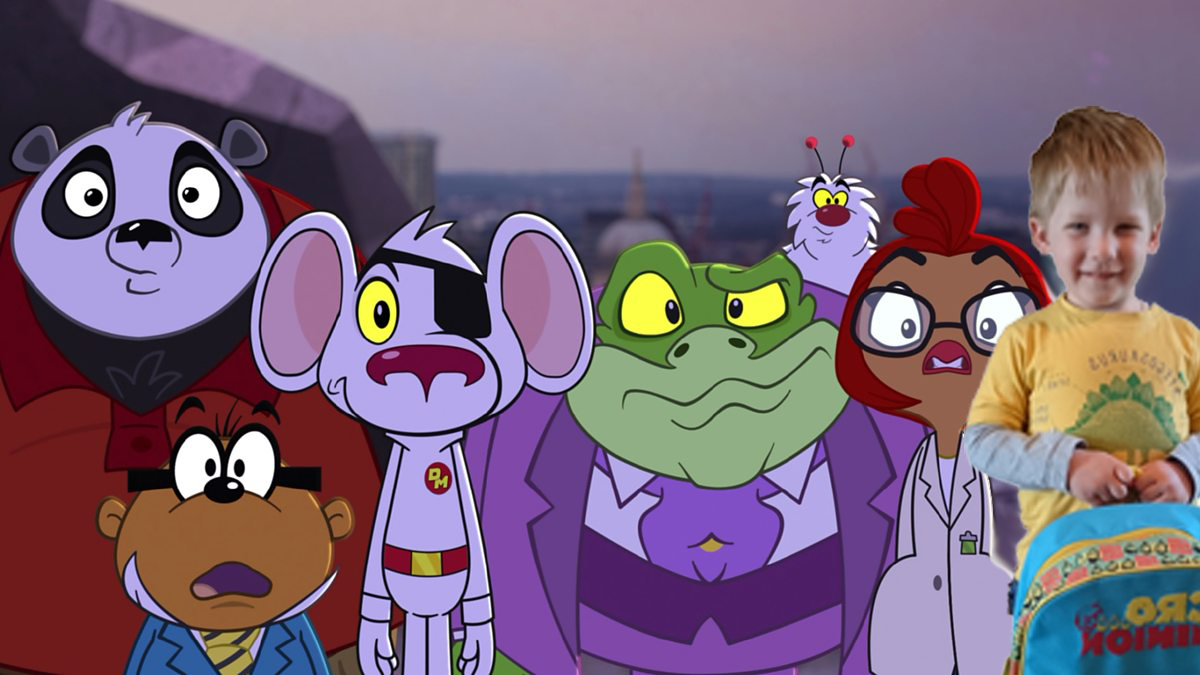 Another one that needs no introduction. This was a bit of a phase - Joey hasn't watched Dange Mouse for quite a while. 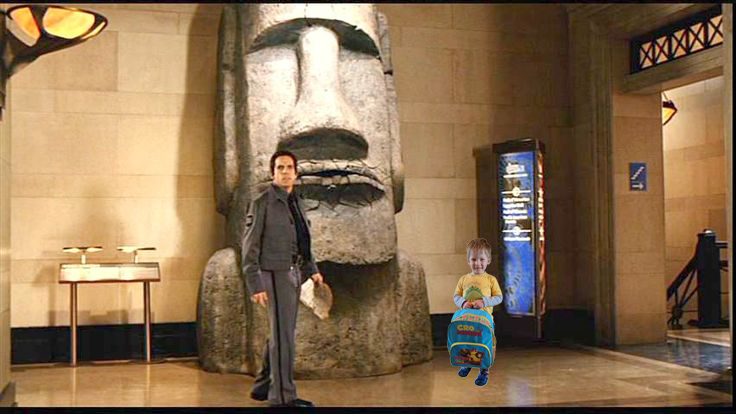 This is the Easter Island statue from Night at the Museum. Not sure if he has a name in the film, but in our house, he is known as "Dum Dum"! Hey Dum Dum, you'd better run run from Atilla the Hun Hun!! 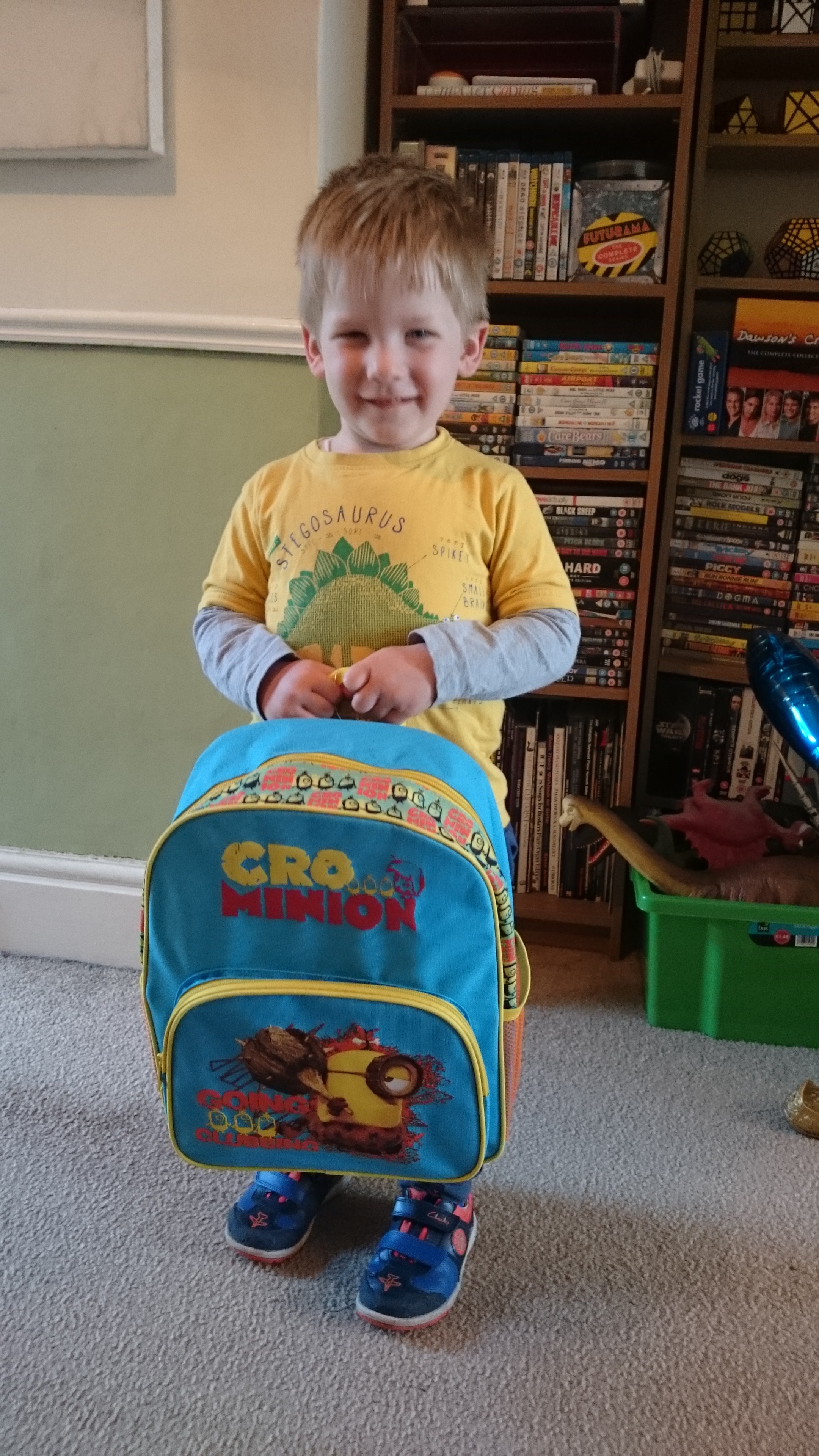 This is the picture that started it all. First ever day of school. Everybody takes pictures of the doorway. well, NOT US! We'd seen enough of those, so while Joey was being a brave boy at school, I photoshopped him into some of his favourite tv shows. And then got carried away.... 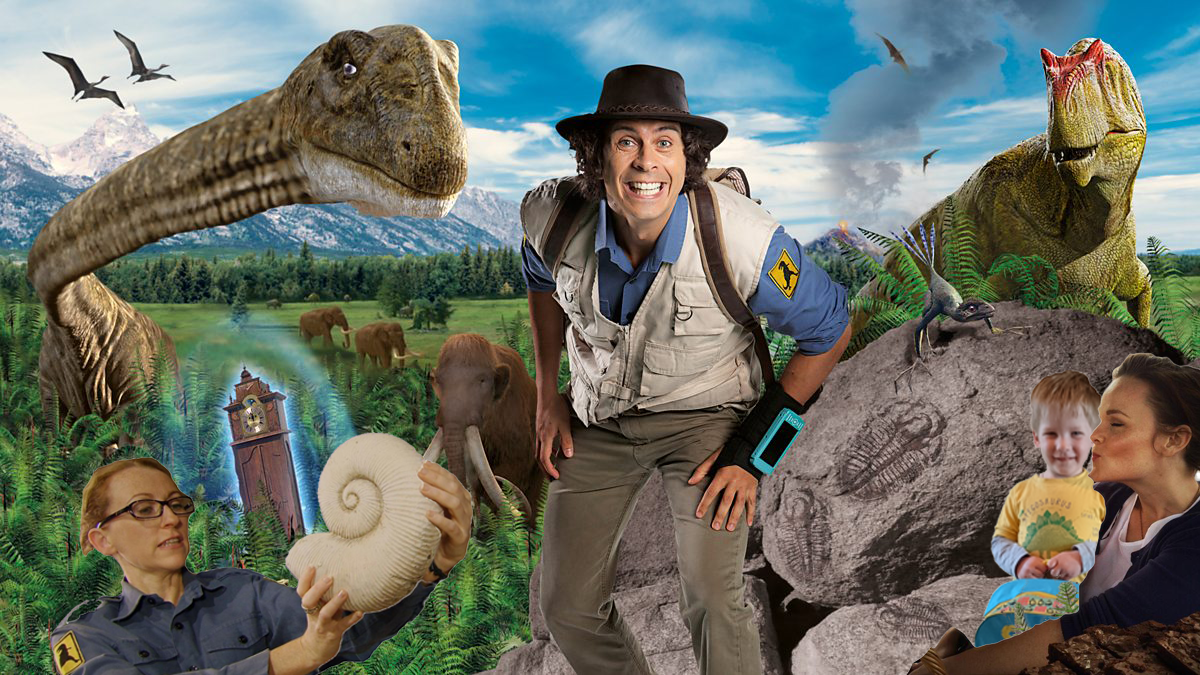 Andy's dinosaur adventure again. But after I'd added in "Hattie" from the show, Joey wanted to see mummy's friend and cake maker supreme, Hetty in the picture. (Hetty's Tea Party). 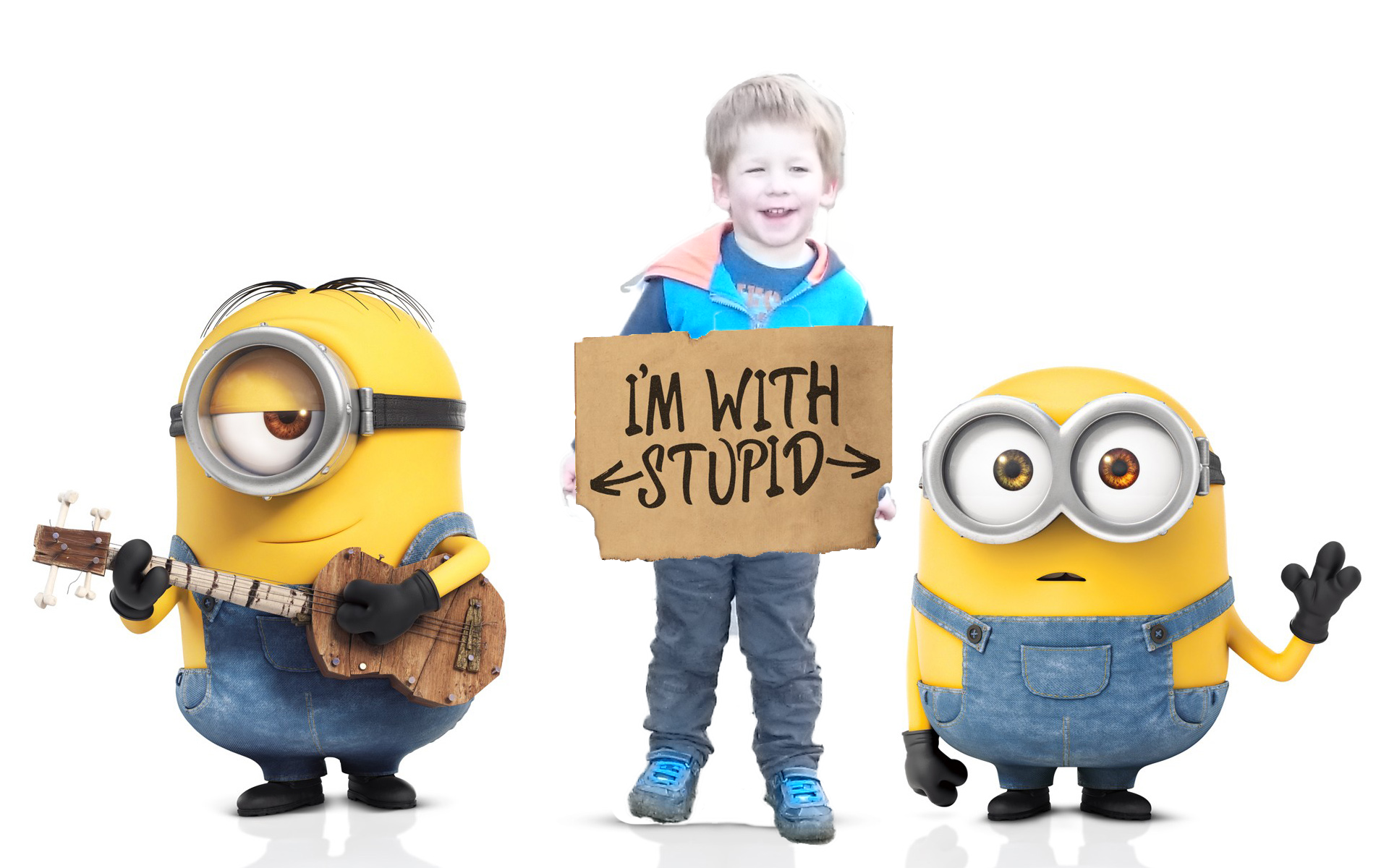 Joey is with Stupid This is Dudley Dump Truck. One of Joey's "Wow" toys. Another Wow toy. This one is Ronnie Rocket - the first Wow toy Joey had. These were daddy's christmas presents. Tiny and fiddly (particularly for someone with such big hands!!). Joey was keen for lots of them to be built. Luckily, he doesn't know some are still in those boxes!! 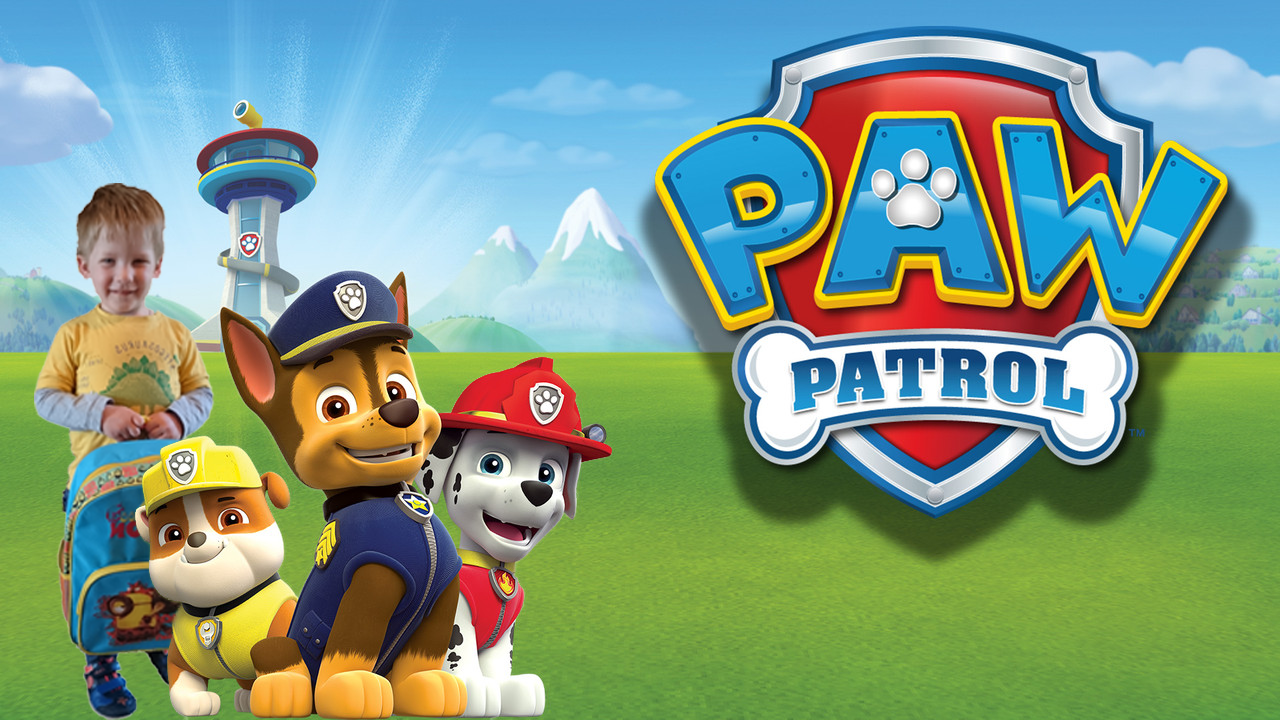 PAW PATROL. Again, I don't think you need telling about this one.... 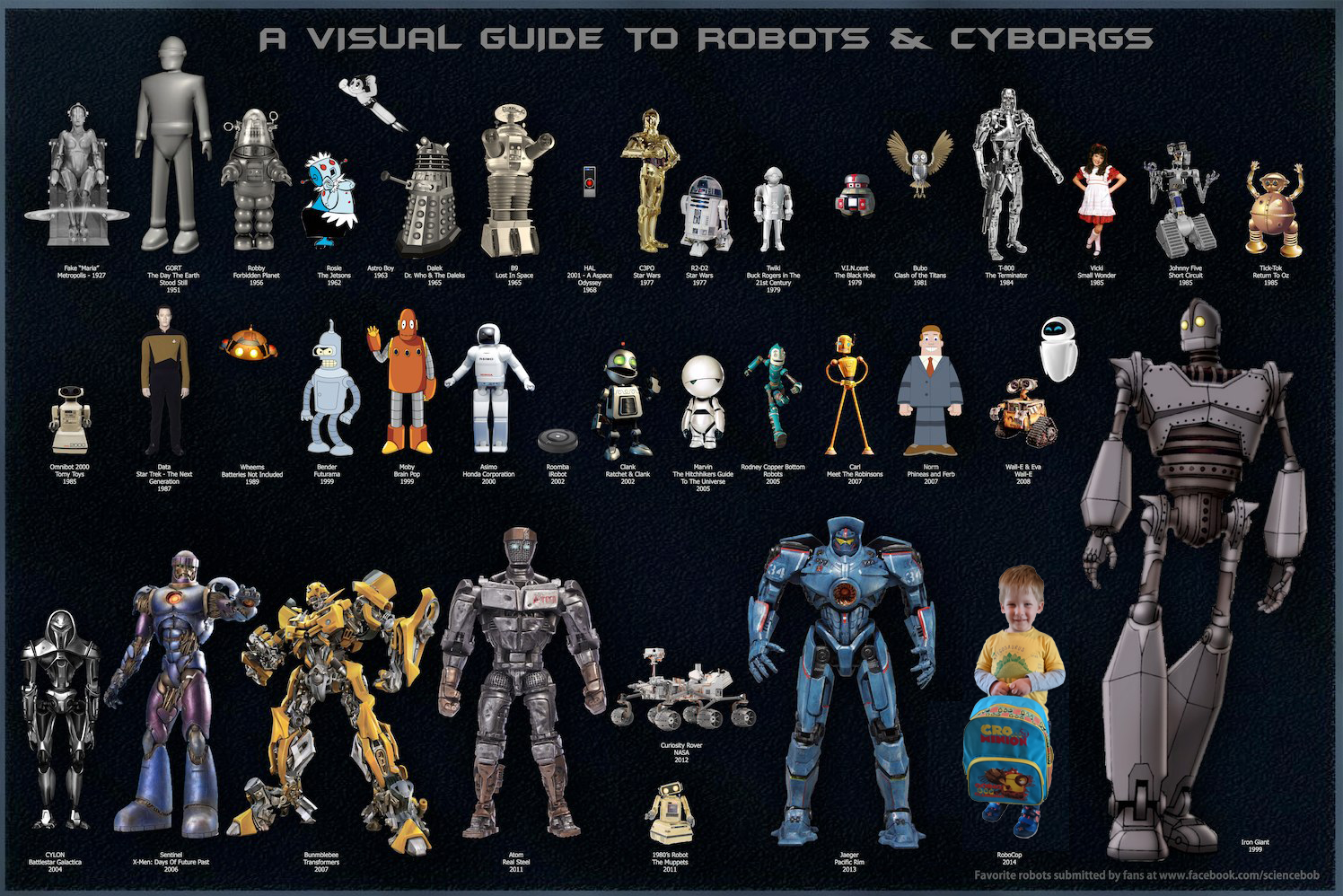 Joey and the Robots

Just a random collection of robots. Another short-lived fad of Joey's. Although, he is in to Star Wars a bit more now, so likes R2D2 and 3PPO (no typo)! A sneaky Joey in the background of Toy Story characters. I don't think he even noticed he was there the first time he saw this!